It's been a while since our fifth update and there's quite some stuff to talk about!

Our talk introducing Maemo Leste at OpenFest 2018 is now online (The slides are also available).

We have also switched to a more clear Pelican theme for our (this) website and added a Screenshots page!

Our Jenkins instance now has aarch64 (arm64) builds for almost all our packages and we have a working Raspberry Pi 3 with aarch64 Maemo userland. Images for the Raspberry 3 (and other devices) will follow in December.

Work on porting the Maemo style and Maemo widgets to Qt5 is still progressing. There are still some issues to sort out - some widgets end up being too large or fullscreen when they should not be. Regardless, here is an example widget: 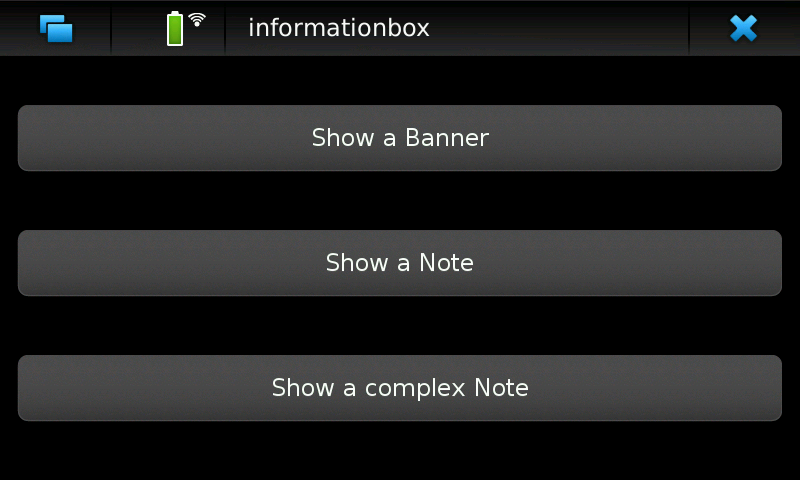 Once the Qt5 port is in better shape, we'll work on supporting GStreamer 1.0 as well, so that we can build Open Media Player.

The open source lima driver is a driver for Mali GPUs (see the FOSDEM talk).

The lima driver is still under heavy development, and it is not yet merged into mesa yet. We use Jenkins to build a Lima enabled mesa for us, which can be found in the lima component in our repositories: https://maedevu.maemo.org/leste/pool/lima/ The lima driver also has a kernel component, which is already included in our latest Allwinner images.

However, lima cannot render hildon-desktop yet; and while trying to submit a debug trace using apitrace we ran into (and fixed) an apitrace issue, and now a proper debug trace is also submitted to the Lima driver developers.

Finally, we have a tracking ticket for Lima support.

spinal84 has been continuing his great work on cleaning up the icd2 and clockd code, as well as documenting it (this list is not exhaustive):

What is a mobile distribution without a GUI package manager? We took the source straight from Maemo Fremantle, fixed a few compilation errors, and behold, the package manager starts (and that's probably about it, nothing else was tested yet): 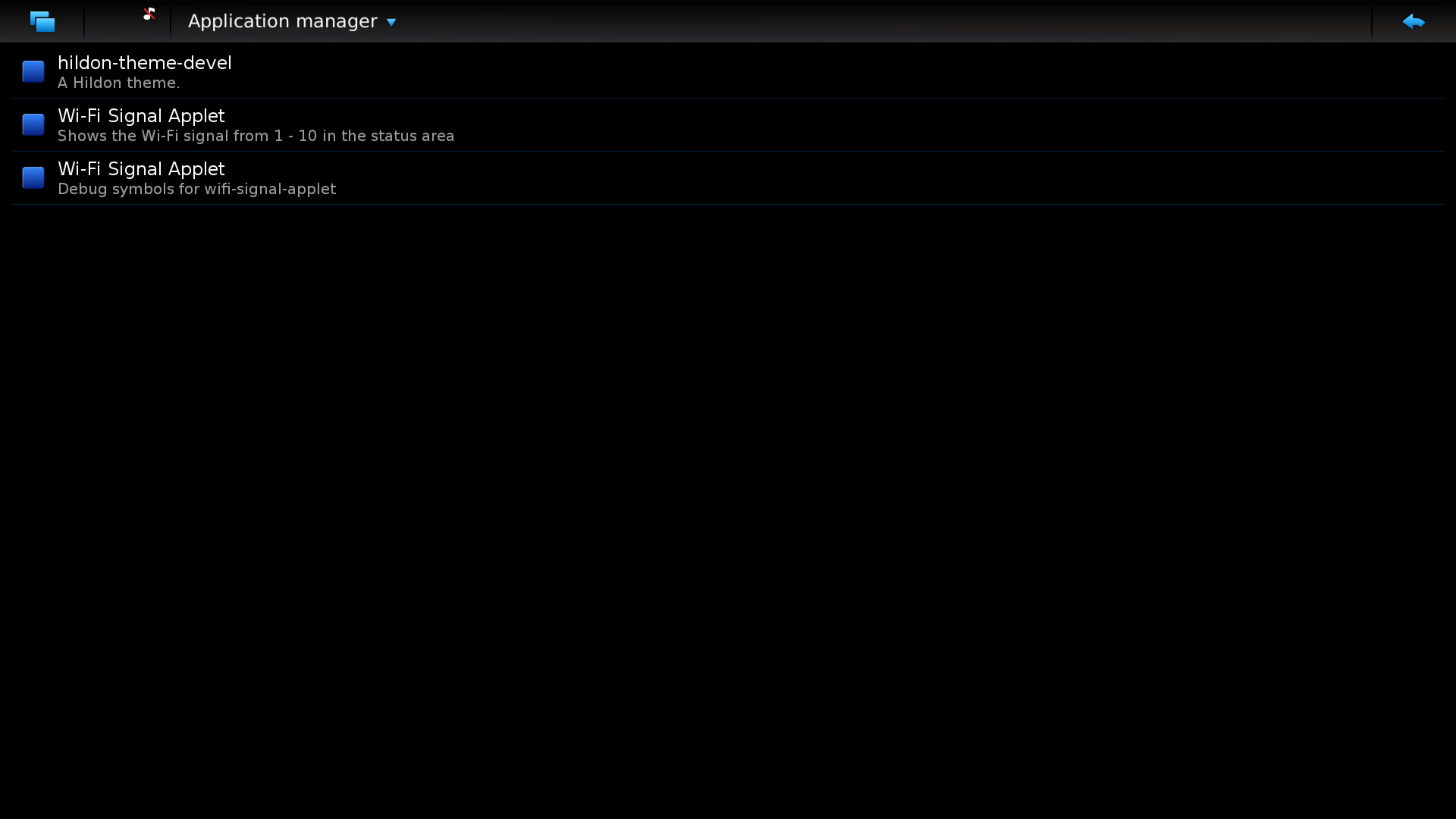 One of the remaining alpha blocker bugs is that shutting down the device using the UI doesn't work the way it's supposed to work. We've now figured out the problem and will be able to move forward with both a temporary and more permanent solution. The reason is that the shutdown feature actually tries to bring the device into the so called act dead mode, in which mode the device acts like it's not powered on. Sounds scary? Perhaps, but this feature is for example essential for the phone to turn itself on on an alarm (and more, but we have to figure that out, the entire Maemo Fremantle boot process is documented here: http://wiki.maemo.org/Maemo_5_boot_process).

While no code has been written yet, we have a plan on how to move forward with calendar support. The various components (backend and GUI) are open source or have open source clones/implementations. Unfortunately, the GUI will (also) depend on Qt5 port being brought to a usable state.

The Pine64 folks are making a PineTablet and a PinePhone, and they were so kind as to provide us with three developer kits, more information on the developer kit can be found here:

This developer kit is one of the main reasons that our packages are now available on aarch64. We'll share updates once more starts to work on the developer kit. 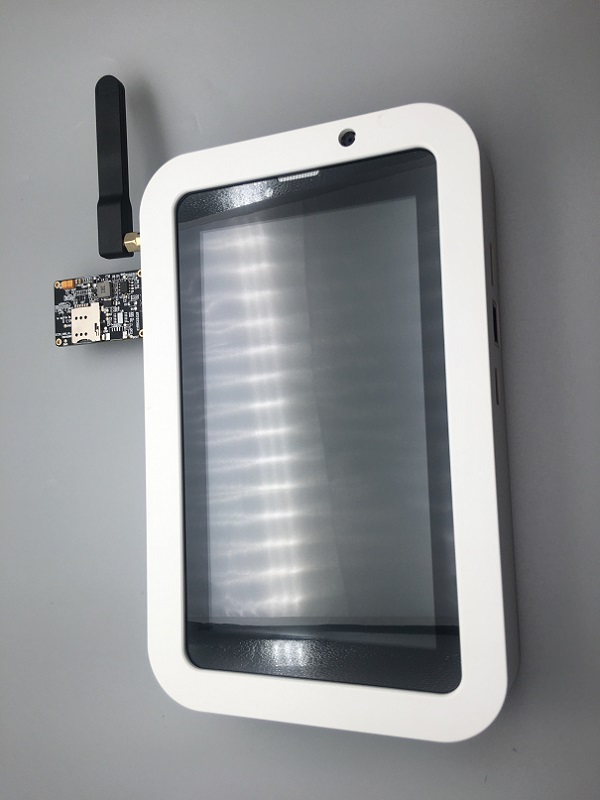 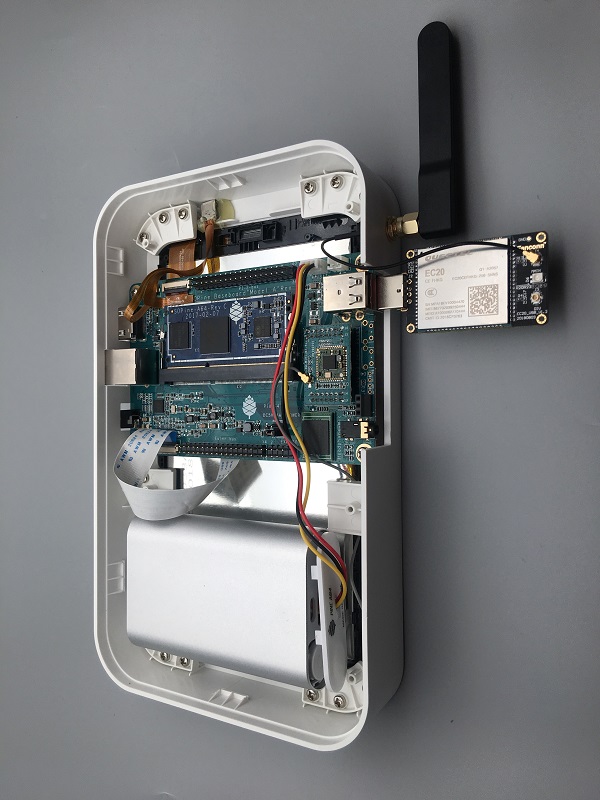 We've making some progress towards porting and building the Maemo Leste packages on the next version of Devuan: Beowulf (which in turn is based on upcoming version of Debian: Buster). Jenkins now supports building our packages for this upcoming release. It will be a while before Beowulf is released, but when it is, we will be ready!

We have introduced a leste-devel repository, which developers and users can use to test experimental code changes; see this icd2 pull request on how we currently use this repository.

We've put some more effort into our Software Status page - it now covers more software components and also (might) have some information on the status of each component.

Together with postmarketOS we applied for a stand at FOSDEM 2019, which unfortunately was not accepted. However, both the postmarketOS and Maemo Leste people will attend FOSDEM regardlessly.

Most of our attention has been focussed on reaching the Alpha release and we're down to 4 issues before we reach the alpha milestone.

Two issues pertain to reboot/poweroff not functioning as it should, one is for Qt5 and one for the final pieces of the virtual keyboard - monitoring the slide state of the keyboard (open or closed).